The Southern African Online User Group’s Year End Function and Annual General Meeting took place on 7 November 2014 at Glenburn Lodge: situated in the tranquility of the Zwartkops Mountains, on the banks of the Blaauwbank and Crocodile Rivers.

TALK by Brian Currin: How ordinary people can do extraordinary things

About the talk: Through the effective use of the right social media like websites/blogs and the syndication of marketing messages, amazing results can be achieved. The case study of Searching for Sugar Man will be discussed as an example. (SugarMan.org – The Official Rodriguez website; MusicExchange.co.za)

The SAOUG Eastern Cape branch hosted at NMMU a talk on “Why User Experience is a sexy topic in the Library of Today” – Prof Darelle van Greunen. Pictures from the event are available on the SAOUG Facebook page

After defining user experience, Prof van Greunen spoke about designing library experiences. This was followed by comparing the past with the present w.r.t. changes in information acquisition and the convenience of digital information. She also referred to “new digital students” and explained their information-seeking behaviour; students may sometimes find the library web site hard to navigate and be frustrated. Read MORE…

The SAOUG hosted at UP Library, a talk on “VAT on e-commerce – current position and the way forward” by Ruaan van Eeden.  Pictures from the talk are available on the SAOUG Facebook page

About the talk: Regulations pertaining to VAT on e-commerce became effective on 1 June 2014, starting a new era of VAT compliance for foreign suppliers of electronic services. Although the scope of application of the final regulations was significantly reduced through various consultations with National Treasury, it will still have a significant impact on the provision of, inter alia, educational services. The aim of the discussion will be to unpack the new regulations and its practical application on the education sector.

Talk: “The librarian, the technology and the cloud…” – by Prof Darelle van Greunen

About the talk: Tablets and e-books have all contributed to a worldwide fall in book sales. Now, they’re changing the way libraries work. How do we create e-libraries using the cloud? This talk will focus on what cloud computing is and how it impacts on libraries.

About the speaker: Prof Darelle van Greunen is a Professor in the School of ICT at NMMU. Her background is multi-disciplinary ranging from languages to psychology to computer science. The focus of her research is using ICT as an enabler in solving real-life problems. She then also considers the role of the human in engaging with technology to ensure a positive user experience. 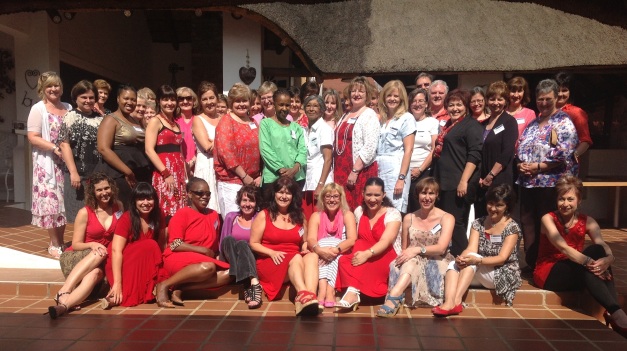